It would be an ultimate delight for any kitchen-lover to find kitchenware that lasts long and remains good as new.

Nonetheless, the familiar truth is that all kitchenware will get old and creaky after a fair period of use.

Even so, what if there is a kind that promises to beat the odds and serve you much longer? Would you be willing to risk a fortune and test the claims?

With this, let’s take an in-depth Swiss diamond cookware review.

What includes the set?

The Swiss diamond cookware comes in a set of ten pieces, each of which has its specific uses. The cookware items can also be bought separately if one is interested in particulars only. The ten-piece set cookware includes:

Each of the pieces is specifically designed for cooking based on the quantity of food needed.

Features of the Swiss Diamond Set

The Swiss Diamond cookware claims its name from its Switzerland origin as well as its characteristic non-stick diamond coating. The unique diamond perk adds to the cookware’s improved food release properties, durability, and exceptional heat conduction.

The non-stick coating surface is suitable for cooking food without oil. The inner surface is also considered safe and healthy since it has no rivets, and thus cleaning is smooth and easy.

The manufacturers claim their products are safe and free of Perfluorooctanoic acid (PFOA). The production process is reported to abide by green manufacturing rules. This is through recycling, use of hydroelectric power and in-house manufacture of the coating material to minimize environmental impact.

The main feature is that it’s made of aluminum, which is popular for its excellent heating transfer properties. In the Swiss diamond cookware, the aluminum base is pressure-cast to ensure uniform heating which is further enhanced by the flat base. This pressure-casting tweak also helps to prevent warping.

Check The Price on Amazon >>>

The handles are designed ergonomically so as to permit cooking at hot temperatures of up to 500 degrees Fahrenheit. The glass lids, which are also graded as oven-safe, present with adjustable steam vents for advanced moisture regulation. The cookware is dishwasher safe, though hand-washing is still recommended.

The Swiss Diamond cookware is safe for use on gas, ceramic, radiant ring, halogen, and electric cooktops. Despite the cookware’s limitation for use on induction stoves, the manufacturers claim there is a feature they’ve added for induction compatibility. This is the inclusion of a ferromagnetic base into the cookware rather than a magnetic core. The latter is prone to making annoying buzzing sounds upon heating of the cookware.

The technology behind the cookware

The Swiss diamond cookware manufacturing process begins with a cast aluminum foundation. Herein, liquid metal is subjected to high pressure as it is cast into molds in order to prevent warping. The molding process removes air bubbles and enhances proper filling in of the molds. The result is usually a flat base that enhances uniform heat distribution. The manufacturers claim that the non-warping feature is so sure that even a direct trip to a cold puddle of water from the hot stove would leave the pan intact.

In the next step, the aluminum foundation is then sandblasted and prepared for the plasma coating process. This latter step ensures adhesion with the three layers of the non-stick coating while preventing oxidation at the same time.

The final procedure involves attaching the handles which are threaded on outer bolsters. This is used as an alternative to the common riveting that causes a build-up of food residues on the pan’s interior, causing bacterial growth.

In some of the cookware designed for induction, an extra magnetic base coating is added on top of the aluminum.

Pros and Cons of the Swiss Diamond Cookware Set

While the famous diamond cookware boasts of PFOA-free production process, this is a surging trend in many cookware brands. This follows the recommendation of PFOA elimination by the Environmental Protection Agency (EPA) of the United States.

The big query, however, rests on the PTFE content, which is still used in many non-stick formulas. While the main reason for the elimination of PFOA was the use of Teflon, it is worth noting that PTFE still employs Teflon use. The Swiss diamond cookware coating still relies on the PTFE technology, albeit no PFOA is involved.

Even so, there is no evidence pointing to PTFE as being toxic and unsafe. As long as no PFOA is involved, the product is labeled as safe and off the toxic mark.

Is this set worth the sacrifice?

While most cookware purchases will leave you buying individual pieces for more money, the Swiss diamond ten-piece set cookware enables you to get more for less. Though pricey, the quality is worth the sacrifice. Whether you’re preparing a large family meal or a quick snack for yourself, the wide array of pieces takes away the planning headache.

Just like in much other cookware, the aluminum base helps in speedier cooking. The extra perk of diamond in the non-stick coating is what gives the Swiss cookware the competitive edge. Compared to most typical cookware, the diamond-tweaked cookware will be four times faster, thus saving on cooking time.

More to the uncertain side of the cookware rests on the warranty bit. While it may be considered fairly lengthy, a number of consumers claim to have received no help after their cookware’s coating began flaking off. While you may expect smaller defects arising from manufacturing to be fixed, the general feeling is to keep your hopes low especially when the flaking comes in less than five years.

On the price tag bit of the Swiss Diamond cookware, it is obvious that many will balk immediately. More to it comes when one weighs the claims of its durability against real-life situations. A chef in a busy kitchen setup, for instance, would find it hard to believe the cookware could exceed one year while intact. Nonetheless, the enhanced features of the cookware such as improved oven safety, abrasion resistance, and strong solid construction make them enjoyable to use.

Generally, Swiss diamond cookware reviews from consumers reflect a positive trend. Nonetheless, it seems the complaints begin setting in after some time of usage, with some coming in as early as six months. After all, any non-stick coated cookware will eventually wear out, and the Swiss diamond ones are no exception. The only difference is in the different circumstances describing various kitchen setups.

If you prefer feeling safer by opting for quality amidst the painstaking cost, the Swiss Diamond cookware is just for you. On the other hand, if you feel buying the set is a venture too risky, counting the cost first would save you a big deal.

​The Ultimate Guide to Keep your Pans FOREVER

​How to clean ceramic, stainless steel and cast iron cookware 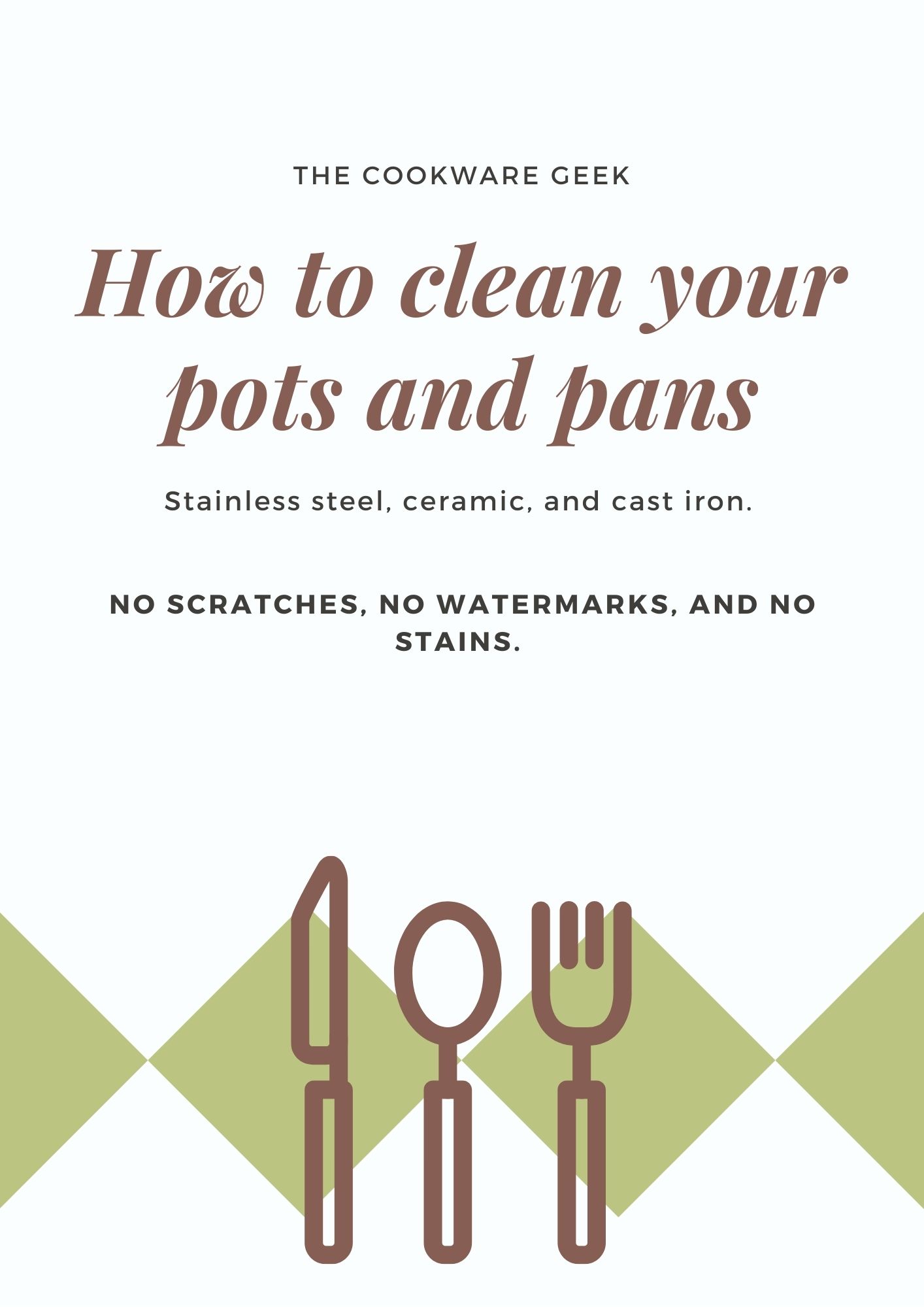