Let’s see one of my last discovering about American food: Shit on a Shingle (S.OS) 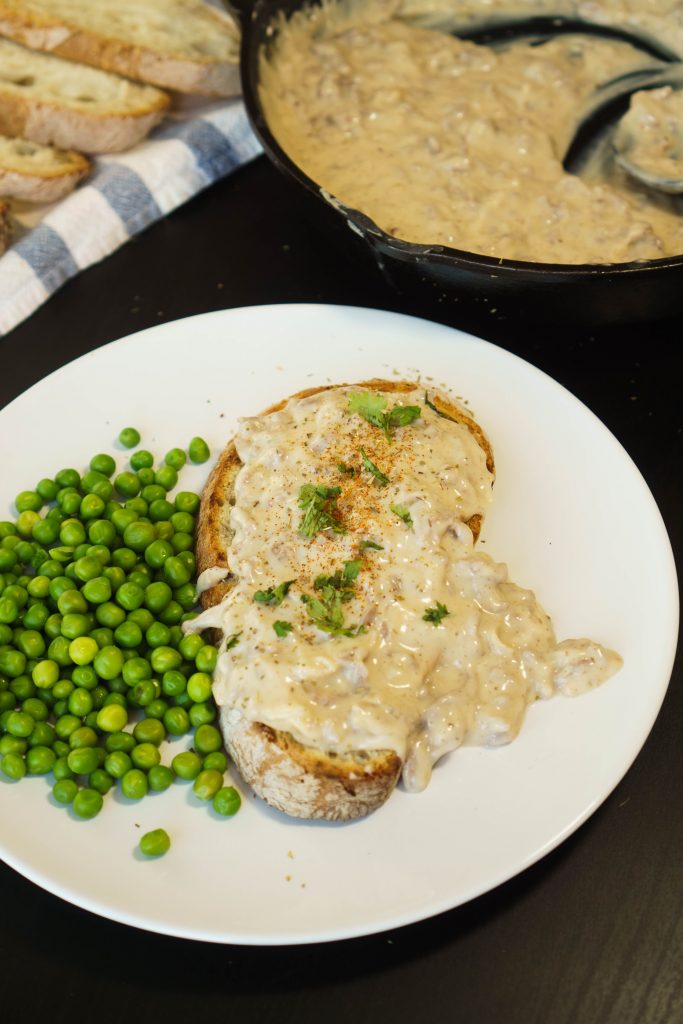 I must admit that was hysterically laughing at the moment I hear about this delish and its particular name. I must say that I see the resemblance of the name to the looks of the dish… I must admit … It looks kind of crappy!

It is not a pretty dish by any means — enough to say that it’s not easy to photograph neither —- but it has some character and a lot of American history behind.

Some brief history about Shit on a Shingle

This is a military dish. It was created to feed a battalion. This is heavy, savory and it has enough fuel to keeps you going on a hard day training.

This dish is relatively easy to prepare and it takes a little amount of time to get a huge batch of the meaty sauce. Also, the ingredients are simple and cheap so you can feed a big group of people for less money, less time and with low culinary abilities.

Soon this dish will became a staple in the military menu and the popularity started to spread. It was commonly known as S.O.S.

Nowadays in America it’s usually seen as a comfort and affordable food.

My experience with this recipe was a little overwhelming. My boyfriend and I had the same reaction: We couldn’t ask for a second plate — not because it was not tasty — we were soooo full after just one dish.

But what is exactly a S.O.S?

Basically, it’s a meaty thick cream over a toast. Now you get the analogy… Shit: meaty cream and Shangle: bread. 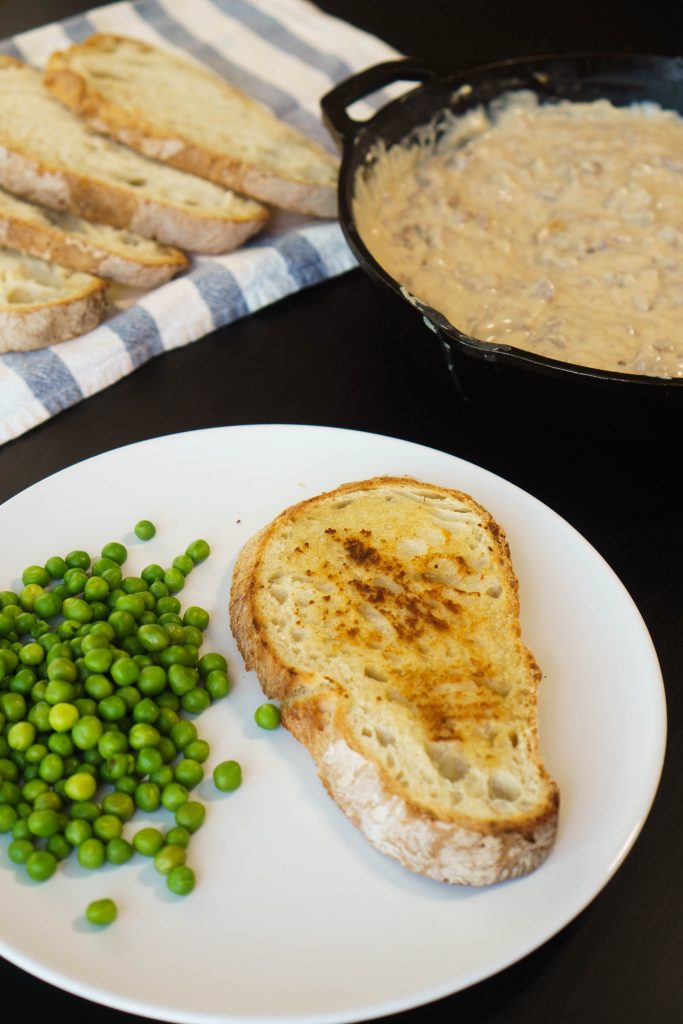 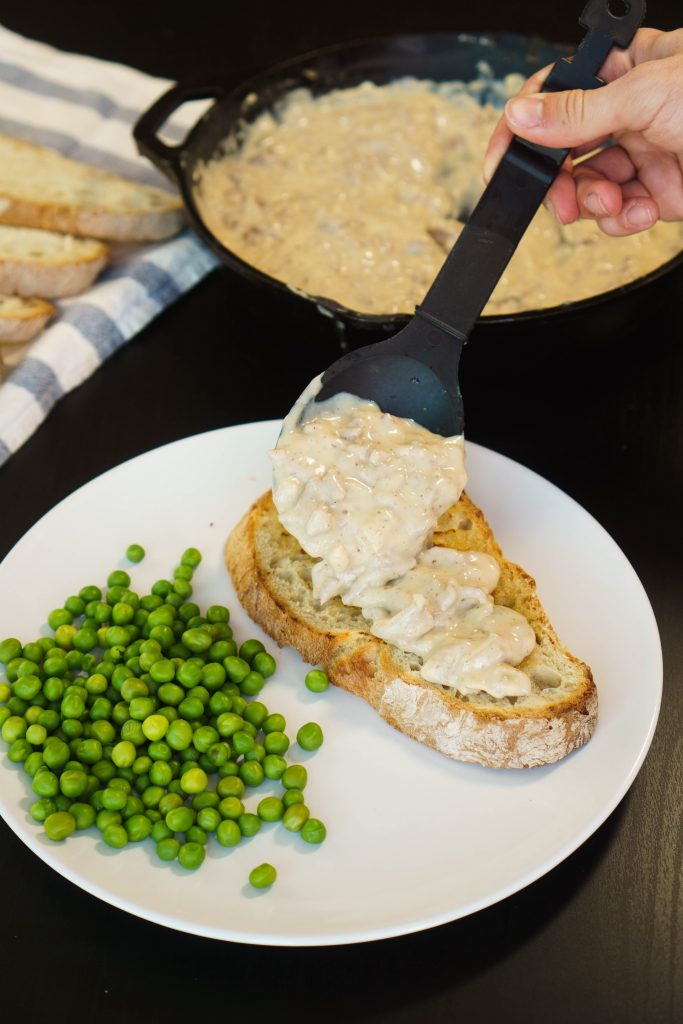 I would say that a good shit on a shingle has the classic elements of the American comfort food: milk, butter, and flour. This is the base for any recipe that needs a silky and glorious thick cream. This technique is called roux.

The classic S.O.S recipe use chipped beef. I prefer the richness in flavor that high-quality ground meat gives to this recipe. Also it is less salty and I can control the amount of salt that there is in the sauce way better. Of course, you can try with chipped beef.Just be aware that you will need less amount of salt. Just keep tasting.

The rest of the flavor is just onions, meat and some spices (paprika, nutmeg, and pepper).

This is a straightforward recipe and there is no way you can get lost doing it: 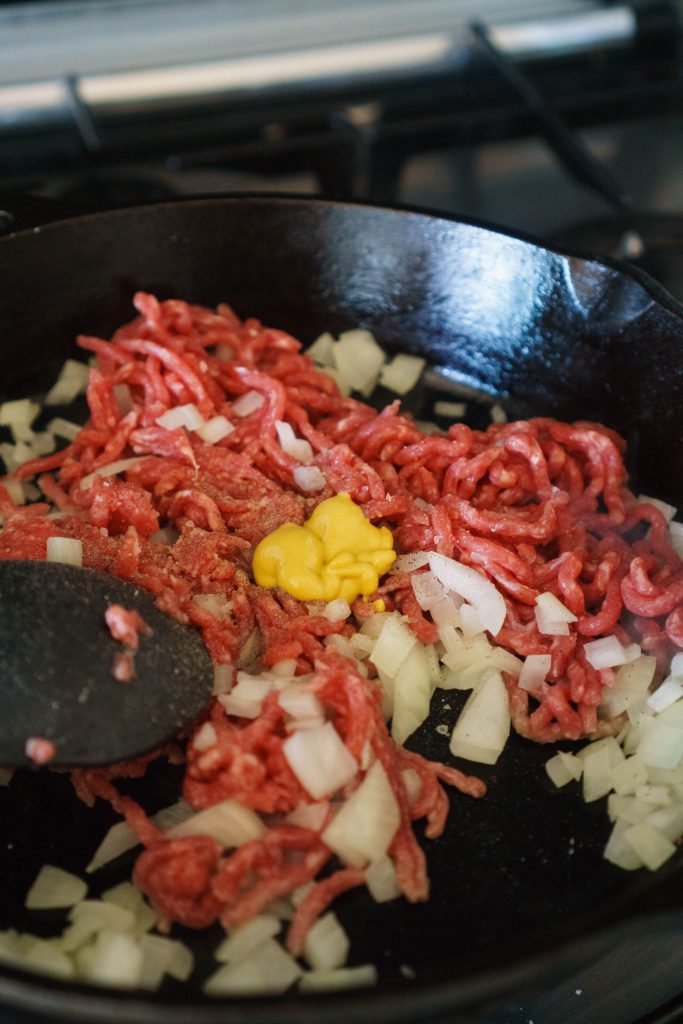 There is no time for fancy dinner at war but your soldier had to be really well fed. So here you have a rich meaty cream over a toast, serve with some veggies (if you want) and that’s it!

Even when this dish is simplicity at its best, you can make some changes like swapping the bread for potatoes or the meat for sausages. You can definitely vary the seasoning just mixing some species here and there.

Now that we are not in a war — Thank god — we can use a good plate of S.O.S to warm ourselves in the upcoming winter days. This recipe is almost like a blank canvas where you can make anything that you want.

I hope you enjoy this recipe and see you in the next one! 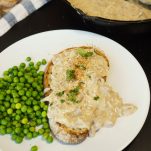