After years of watching how Ree (the Pioneer Woman) and Lindsay (Pinch of Yum) made chicken pot pies for special occasions — Easter, which we don’t celebrate in South America —, and licking the screen out of pure envy, I decided that this was my year to make my first pot pie.

It turned out amazing and I was walking on clouds. I even made my own version and I love it. 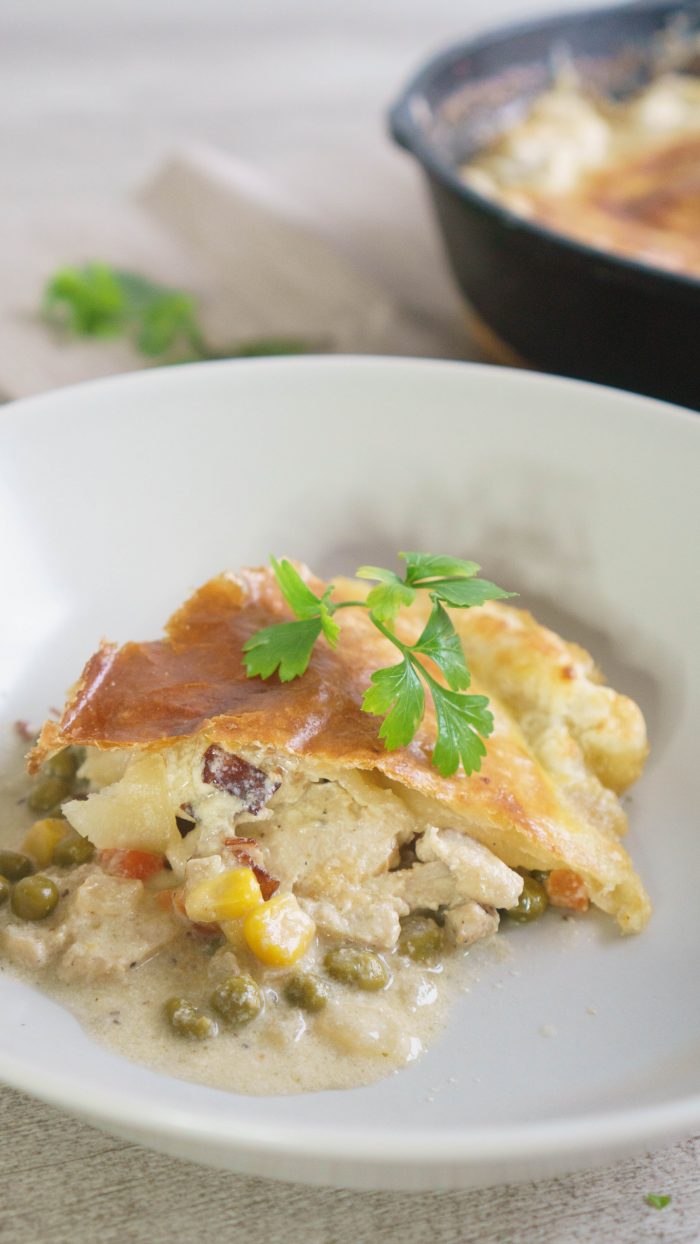 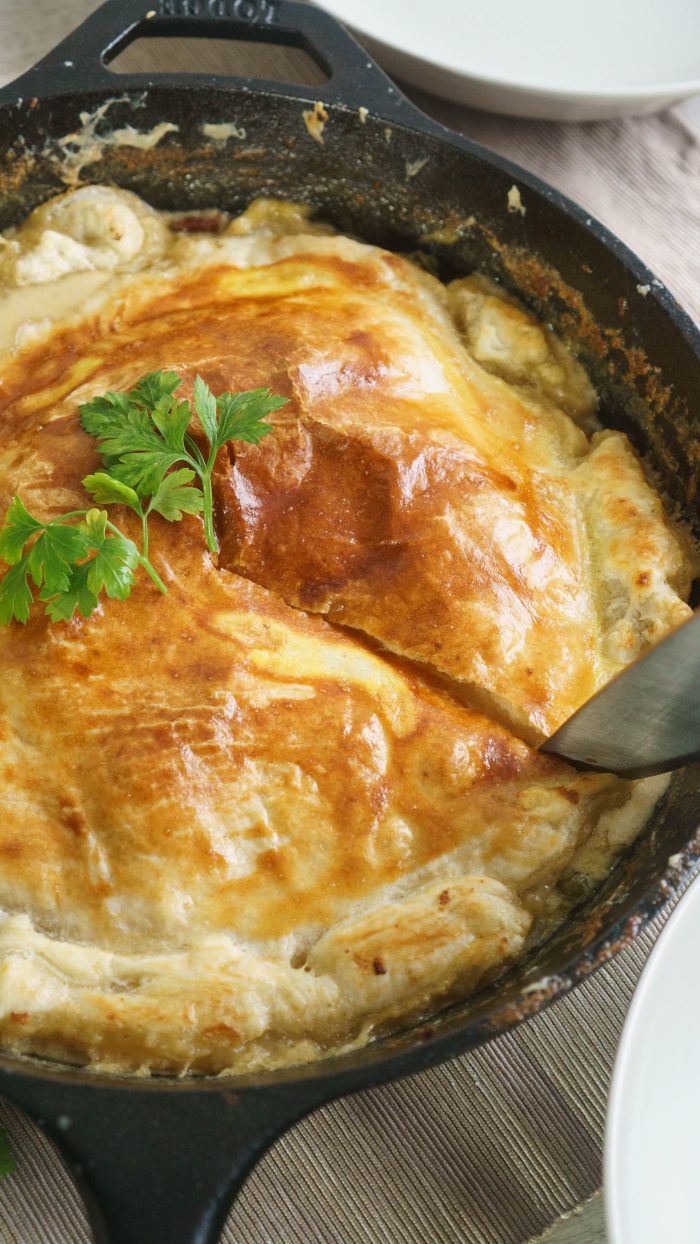 For an inexperienced American food cook, I was pretty impressed with the result.

For those that don’t know, pot pies it is a kind of cream soup covered with crunchy puff pastry. In Venezuela, we have nothing that looks like that. That’s why I always had this recipe in the back of my mind waiting for the perfect time.

The right time came when my brand new [easyazon_link identifier=”B00006JSUA” locale=”US” tag=”cookwaregeek-20″]cast iron skillet[/easyazon_link] arrived and I made a list of dishes that I wanted to make, and guess what? A cheesy chicken and bacon pot pie was the first dish on the list.

This has all that I like: crunchy bacon, creamy chicken soup, green baby peas , corn, carrots and strings of cheese!

I know this is not the healthiest meal, but for a special occasions you can treat yourself with a slice of this pot pie, and the next day you can eat one of these make-you-feel-less-guilty-muffins.

Another cool feature of this dish is that I only use a single cast iron pan. This made the cleaning work super easy and that’s always a big plus for me — or for my boyfriend because he is my dishwasher (Will note: 🙁  ) 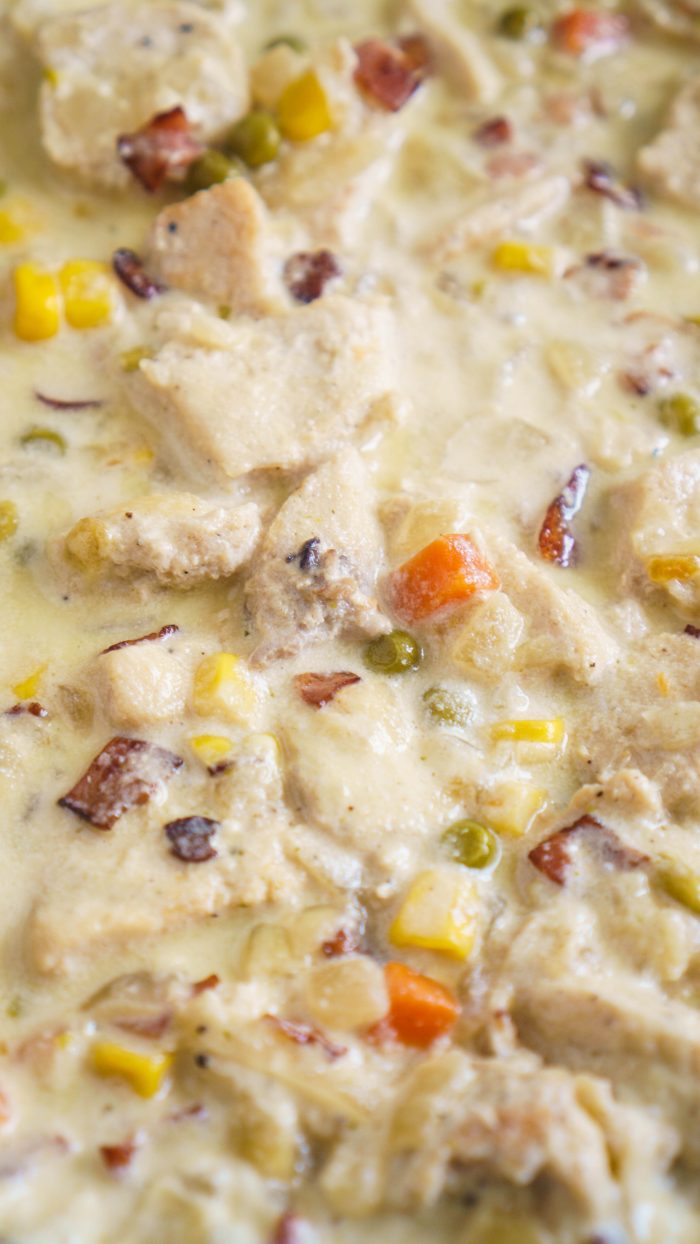 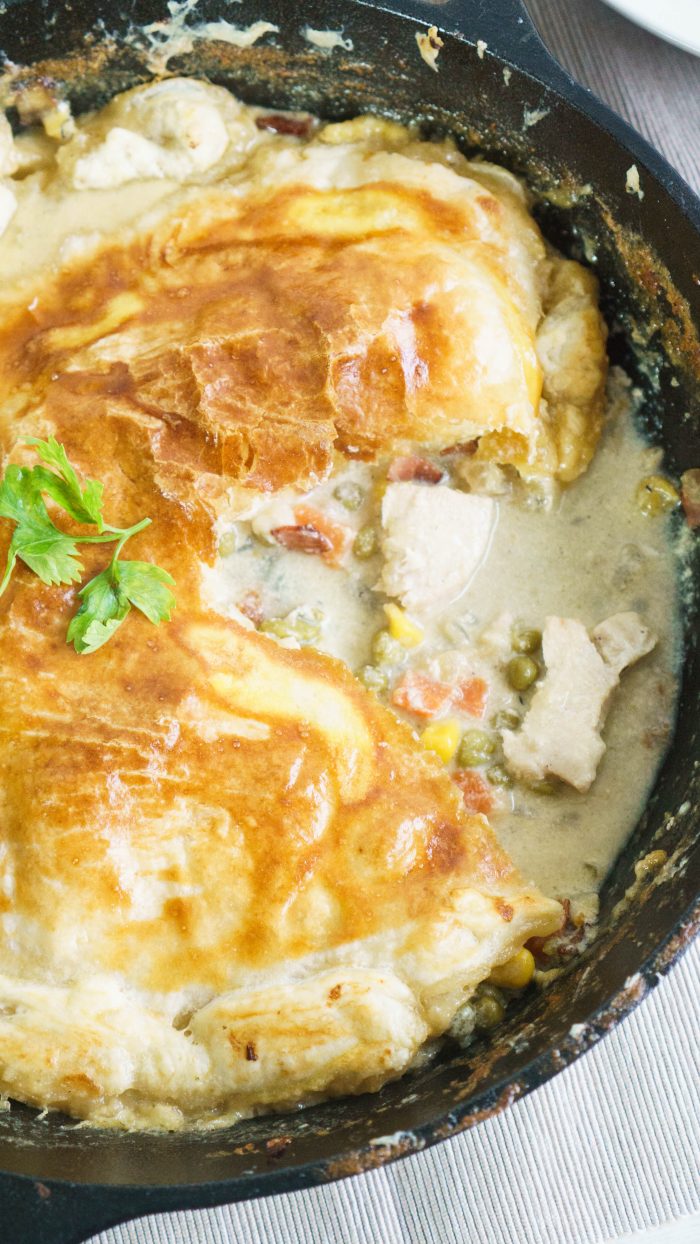 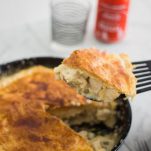